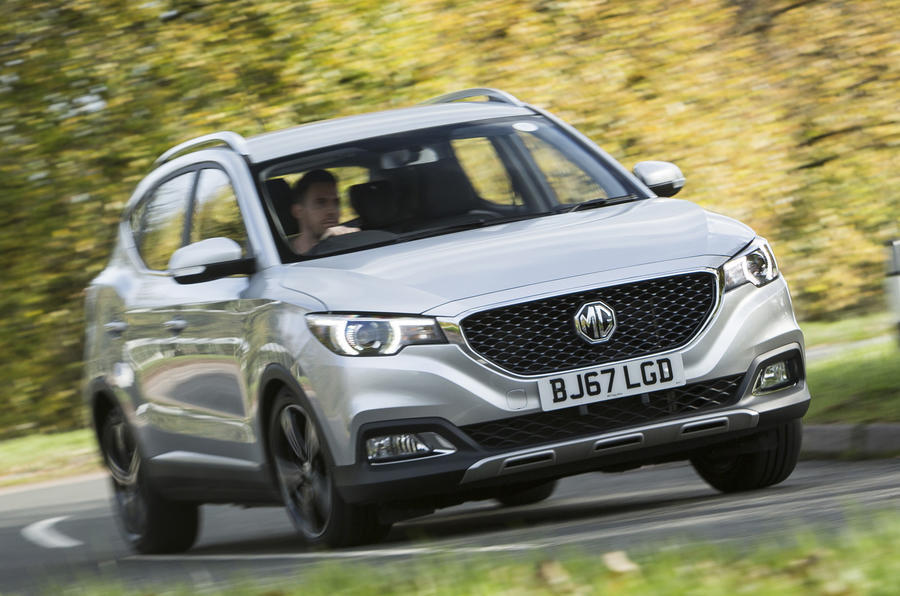 MG is slowly re-establishing itself in the UK market. Now owned by Chinese company SAIC, the company is on target to sell 4500 cars on these shores in 2017. And with the launch of this new MG ZS compact SUV, MG expects that number to double year-on-year. The likes of Ford and Renault will barely take notice of such minuscule volumes, but if MG can sustain that rate of growth for several years, it might one day represent a threat to the market leaders.

I think it’s one of the best looking small SUVs on the market. Do you agree with me? There are bits of it that could be better; the 17-inch wheels appear too small, because there’s a decent amount of bulk above the wheelarches front and back. They could be a size bigger, and also considerably wider: the tyres fitted are just 215mm across – a set of 18s with 235mm rubber would definitely fill the arches more. As for trims, there are three to choose from – Explore, Excite and Exclusive. Entry-level models get LED day-running-lights, electrically adjustable door mirrors, projector headlights and 15in alloy wheels as standard on the outside. Inside there is manually adjustable front seats, air conditioning, cruise control and USB and Bluetooth connectivity.

The current ZS range is differentiated by its engines and transmissions, which deliver nominally different outputs.

The new MG ZS is available with two different drivetrains. The entry-level Soul model comes with a 1.5-litre non-turbocharged four-cylinder petrol engine with 84kW of power (at 6000rpm) and 150Nm of torque (at 4500rpm). It has a four-speed auto and is front-wheel drive. The high-spec Essence model we had is powered by a 1.0-litre three-cylinder turbocharged petrol engine with a little less power, 82kW (at 5200rpm), but a touch more torque, with 160Nm (from 1800-4700rpm).

A near-identical features list is separated by a panoramic sunroof and push-button ignitiont found on the range-topping Essence mode.